The Best Places to Eat a Whole Animal

Since the earliest wizards first brought cave paintings of animals to life, humans have been roasting entire lambs, goats, and suckling pigs and serving them at communal feasts. But now the tradition is finding favor in higher-end American restaurants. Today’s chefs have embraced the offal and nose-to-tail philosophies that encourage using every part of the animal, leading to large-format dining experiences featuring entire animals roasted whole and brought right to the table.

A word to the wise: don’t expect to walk in and eat a whole hog by yourself. Though many restaurants serve communal roasts, most of the experiences we found require reservations well in advance, and no one person could stomach (let alone afford) eating a whole animal all by themselves—except maybe Superman, and even then, only after a long workout.

Frontier brings a bit of the American heritage feel to fine dining with a meaty selection of whole animals. Check out the Louisiana-caught alligator—before chefs put them into the smoker, they house-marinate and stuff them with whole chickens. Other whole-animal feasts include wild boar, goat, and moulard ducks stuffed with andouille sausage.

Resto’s “Feast” menus promise just that: a whole animal—from nose to tail—divvied up into a three-course meal consisting of 10–12 preparations. The Goat Feast begins with two kinds of goat tartar and caps off with goat ribs, buttered goat brains, and cobbler.

Once the site of a Prohibition-era tavern, Cask & Larder honors the bootlegging tradition by making things in-house. They cure their own meats, can their own preserves, and brew their own craft beers. James Beard Award–nominated chefs James and Julie Petrakis also roast whole feasts on site, such as a whole suckling pig paired with southern-cuisine-inspired sides such as buttermilk biscuits, kale salad, and charred okra.

Chef Michael Psilakis’ modern take on Greek cuisine continues the country’s tradition of whole-roasted animals. Large groups can order a spring lamb, kid goat, or suckling pig for the table to share along with Mediterranean salad and yogurt, cucumber, and dill dips. The drink menus complete the Bacchanalia with four kinds of grappa plus 70 craft beers and 120 whiskies.

Pre-order requirements: none (happens the last Thursday of every month)

Lago has been been drawing celebrities and Italian-food lovers for more than 20 years, and while weekends might be best for star-spotting, the last Thursday of every month is memorable in its own right. During the Bites of the Beast communal meals, a prix fixe menu features a whole-roasted animal with a bevy of rustic Italian sides and optional wine pairings.

A product of mastermind David Chang, ssäm bar distinguishes itself with an Asian specialty: a whole Long Island rotisserie duck stuffed with duck- and pork-sausage and served with chive pancakes, shallots, and seasonal sides.

The Spectacle and the Savagery of Roasted Pig 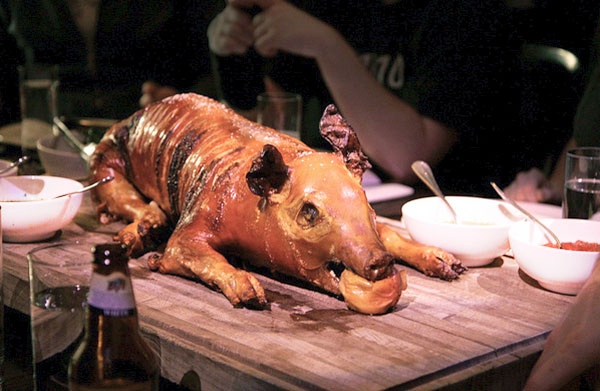 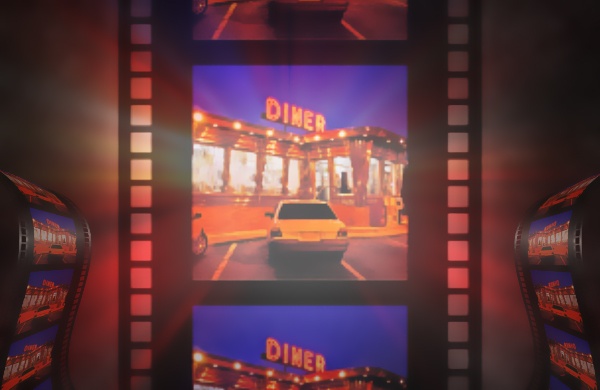