How to Speak Sheep, and Other Petting-Zoo Tips

A petting zoo can be the first time youngsters come close to animals they’ve only met in books, on TV, or in plush form. To find out how to approach the experience with little ones, we picked the brain of Stephanie Polson—farmyard manager at Lambs Farm in Libertyville, Illinois—who oversees pigs, ducks, and many other barnyard buddies. Once you know the do’s and don’ts of petting zoos, you can focus on the fun part: getting hypnotized by a goat. Here’s your cheat sheet.

Be sure you’ve got sunscreen, umbrellas, sunglasses, and extra layers. According to Stephanie, “Many zoos are outdoors and exposed to the elements, and sometimes the weatherman's prediction isn't quite right.”

One can’t-miss item? “Extra shoes!” Stephanie says. “It's impossible to keep petting pens, where you can walk inside with the animals, completely free of poop.”

Put yourself in your kid's shoes. 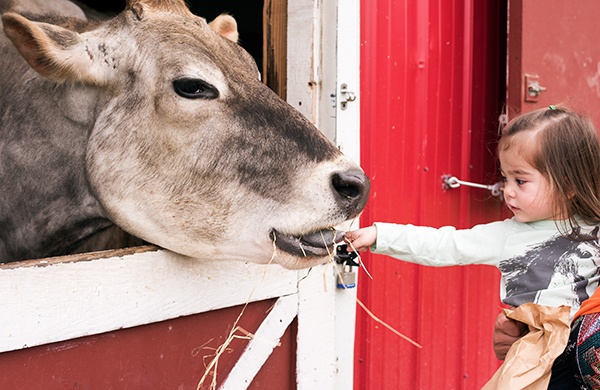 Many a parent has taken their child to a petting zoo only to wonder why he or she is suddenly acting shy. Some animals’ sheer sizes—think horses and cows—startle and intimidate even adults, so it’s good to consider how large they must appear to little ones.

Stephanie also points out that they look weird. “Sheep and goats have irises that are oval in shape. Some people find this characteristic very unnerving the first time they see it.”

Don’t sneak up on the animals.

Formal introductions and small talk about the weather aren’t necessary, but when you first meet an animal, approach it on its terms. “Make sure an animal sees and hears you before you touch it,” Stephanie advises. “They can get startled.”

And if you spot an animal snoozing, leave it be. “They might be in a deep sleep and awaken very startled, and unintentionally cause harm by trying to get up and move away quickly,” she says. 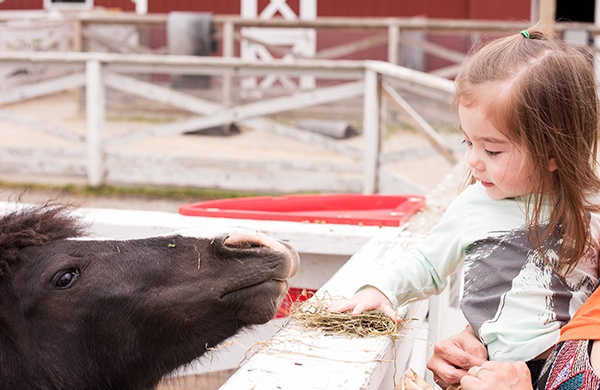 Animals, like people, respond best to a calm and gentle demeanor, so it’s important to discourage kids from yelling and running around them. Too much excitement means critters will give kids a wide berth, and if an animal does begin to move away, never chase it. And no matter how sweet or gentle an animal seems, you should never give it kisses or hugs or try to pick it up.

Make with the shoulder rubs.

You might become a regular Dr. Dolittle with this secret trick. “The vast majority [of animals] like shoulder scratches,” Stephanie says. “That's a tough spot for [them].” Bonus tip: most animals don’t like being touched on their faces.

Be mindful of body language.

“Pay attention to an animal's eyes, ears, and hair,” Stephanie says. “When an animal pins its ears back against its head, it's best to move away. In addition, the hair along a goat's back and neck will stand straight up, just like a cat, when it is upset. Sheep will back up and paw at the ground.”

Put the kids to work (with interactive farm lessons). 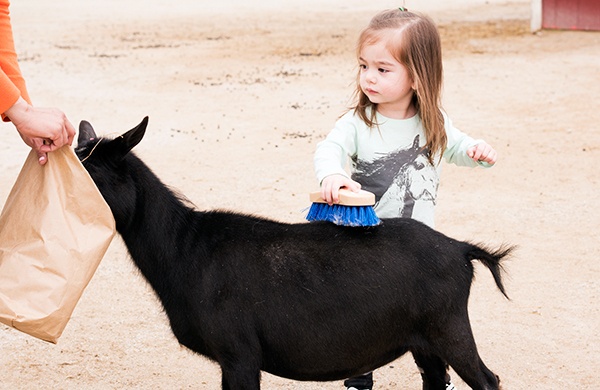 Most zoos have more hands-on learning opportunities. At Lambs Farm, staff members allow visitors to watch sheep getting shorn and horses getting shoed, as well as brush the dust and hay from the sheep and goats.

Don’t feed the animals just anything.

Some zoos offer animal food for purchase or for free, whereas others give specific guidelines on what’s appropriate to bring for the animals. “All animals in zoos are on special diets,” Stephanie stresses.

If you do happen to give an animal something it shouldn’t eat, no matter how small or harmless you might think it is, let the staff know. No animals—even goats—eat rocks or garbage, so keep both out of their pens.

One last piece of advice from the expert: “Parents should let their children know that there will be new sights, smells, and sounds when they go to the zoo. Animals perform the same bodily functions as people, just not behind closed doors!” 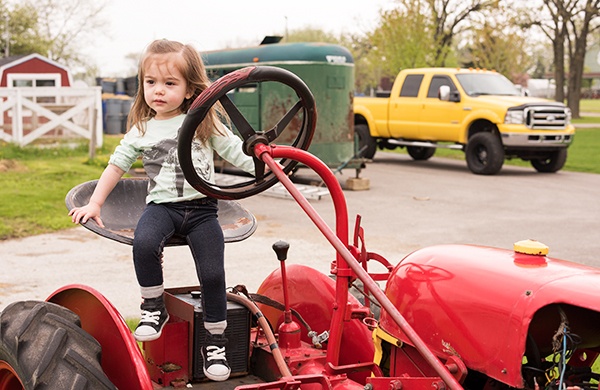