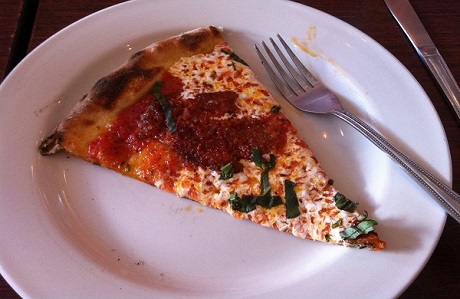 If you love pizza as much as we do, there is really only one destination to consider. The place that made deep dish pizza world famous, spawned plenty of wannabe emulators in other cities, and daily makes pizza lovers out of the many tourists who visit. The Windy City of Chicago. With literally hundreds of pizza places to choose from in this pizza mecca, how in the world do you know where to start? Begin with the aforementioned deep dish pizza, then proceed to sample as many varieties as you can manage and you are on the way to becoming a true Chicago pizza expert.

Proclaimed Chicago’s Best Pizza by a number of reputable sources including the New York Times, Giordano’s has the thickest deep dish, stuffed pizza you will ever see. In 1974, Efren and Joseph Boglio moved to Chicago from Italy and were frustrated not to find authentic deep dish, stuffed pizza, so they opened the very first Giordano’s and the rest is pizza history. This double-crusted, ricotta stuffed concoction is the perfect introduction to Chicago pizza although you may be a little overwhelmed when they plunk down this amazingly thick pizza. But dig into your first slice, cut by the experienced waitresses, and you will be an instant fan.

Pequod’s Pizza is probably the pizza place with the most unusual name but they are also the pizza place with the most unusual crust. Before cooking the pizza, the chef spreads a thin layer of cheese along the outside of the crust. As the pizza cooks, the cheese melts and caramelizes, creating a chewy crust that is incomparable and absolutely delicious. That crust forms the base for a rich, delicious pizza. With only two locations, you will have to go out of your way to find this place but it has tons of rabid fans so you know it’s worth your time. As this unique pizza takes quite a while to cook, plan to call ahead to order your pizza and they will deliver it piping hot to your table. 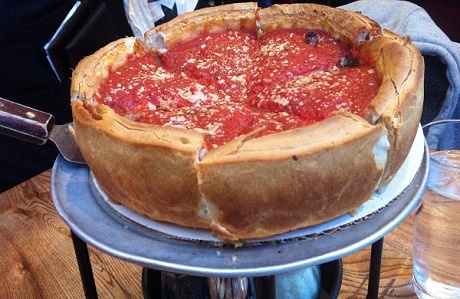 Pizzeria Da Nella is where you are going to find some of the freshest pizza ingredients in the city and the best and most authentic Neapolitan pizza you will ever taste.  Nella, the owner, insists on only fresh ingredients which are flown in from Italy including the mozzarella cheese which is unlike anything you have ever tried.  Like a true pizza from Naples, Italy, these are cooked in a unique wood oven stove made of Naples bricks and constructed by three guys from the Mediterranean coastal city. Try their Margherita pizza and you will leave happy.

Coalfire Pizza also uses a different oven for their delicious pizzas but theirs, true to their name, is coal fired. The hot oven makes their thin crust pizzas come out with a slightly charred crust and hot, bubbly cheese from the 800 degrees. Because their pizza crust is thin to cook quickly and thoroughly in the oven, they recommend no more than two toppings evenly distributed so this is not a place to get a pizza with ingredients on one half; it’s much better evenly balanced. Their pizzas are also better piping hot so plan to spend some time in the restaurant enjoying this offering.

Pizano’s Pizza will be the easiest to find as they have several locations but extra locations doesn’t mean they skimp on quality. They have been in the pizza business since 1991 and the owner’s father started making pizzas in 1943. Oprah Winfrey calls their pizza “her favorite” and, once you taste their distinctive thin crust with its caramelized edges and pastry like base, you will be a fan as well. Using high quality ingredients and serving it in a comfortable, homey atmosphere gives this pizza its own special place on the list of best pizza places in Chicago.