Five Reasons Not to Fear the Pilates Reformer 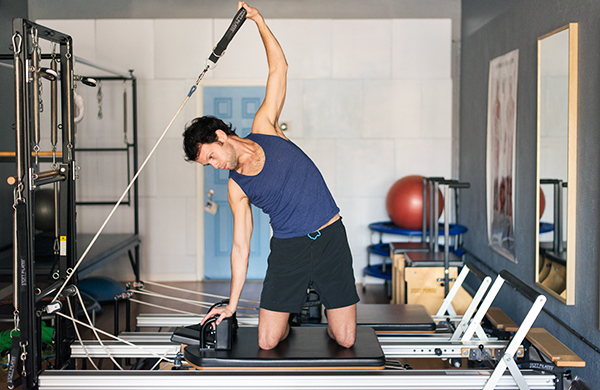 I’m a mat Pilates devotee, but the Pilates Reformer has always intimidated me. It looks like a gigantic version of a dentist’s tool, and its backstory doesn’t make it any cuter—Joseph Pilates invented it, along with his eponymous workout system, in prison.

Kyle Seguin, the owner of Chicago’s One Hundred Fitness, explained that Pilates, who was a German citizen, was interned in Britain during World War I. To build his first Reformer, “he originally used bedsprings [from an internment-camp cot]. He just took apart a bed and used those springs.”

Today’s Reformers are more sophisticated: the four in Kyle’s studio are sleek, Stott-brand machines. And as a Stott-certified trainer with more than 10 years of experience, Kyle was the perfect person to convince me that they aren’t that scary. His best reasons, below: 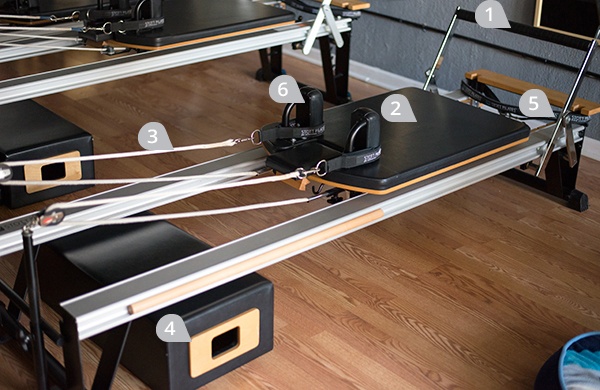 The Reformer is more approachable when you can name its components. According to Kyle, they are:

Reformers are better than gravity at adding resistance.

In mat Pilates, all the resistance comes from gravity—which means that there’s only real resistance against upward movements. (Unless, of course, you’re doing Pilates underwater or in quicksand.)

The Reformer’s straps and springs are more versatile than gravity, though. Not only can they resist movements in all directions, but, as Kyle put it, “[they] can work with you or against you.” That means they can also provide support during tougher exercises, offsetting the effects of gravity.

Even though Reformers don’t have seat belts, people almost never fall off.

It’s true that a Reformer isn’t a totally stable surface. The carriage’s ability to roll back and forth on its tracks tests your balance and strengthens your core. “People have compared [Reformer Pilates] to surfing, because there’s the instability component,” Kyle said.

Still, pratfalls are basically impossible. The worst Kyle has seen is “clients who kind of fall and catch themselves on the equipment,” but there have only been a couple. Moves like these Reformer-based lunges definitely take balance, but classes ramp up slowly so that you’re never out of your depth. 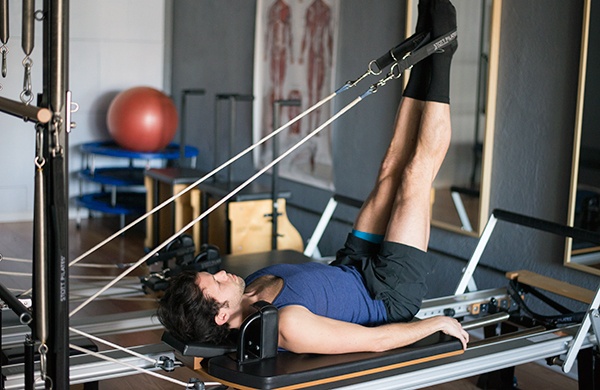 This is not a drill. If you fit a jump board onto the footbar and lie on the carriage with your feet pointing toward the board, you can simulate jumping while lying down. (Check out a video of what that looks like here, with a vaguely industrial soundtrack.)

Reformers, in other words, are miniature gyms that work for cardio workouts as well as full-body toning. Maybe the next generation will have built-in locker rooms?

Anyone can use them.

“Pilates is appropriate for all different ages and all different skill levels,” Kyle said. He knows this from experience: he’s taught everyone from child ballerinas to clients in their late 70s trying to improve their balance.