A Father’s Day Chat with My Dad, Restaurateur and Former Refugee 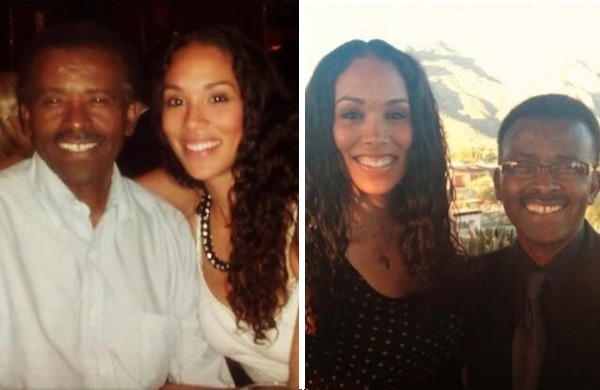 I asked him about raising kids in America, his thoughts on beauty, and what he really wants for Father’s Day. My dad, Amanuel, was my first employer—and the first person to fire me. One night in high school, I wanted to go to a party instead of reporting to my shift. He told me that it was fine, so long as I knew that I would no longer have a job at the family restaurant. I thought he was joking, but sure enough, the next time I showed up for work, he said, “What are you doing here?” At the time, I thought he was being unfair. But I’ve since realized that my dad taught me the importance of a good work ethic…and a ton of other things besides that. He showed me how to be unfailingly kind to others, how to build up my confidence, and what true love looks like. (To this day, I compare all my relationships to the one my parents have, because theirs represents the best kind of partnership). My dad gets a lot of his wisdom and resilience from his background: he was born in Adi Quala in the east African country of Eritrea, where he grew up in unimaginably harsh conditions as a refugee. In 1982, he met my mother, who had come to Africa with the Peace Corps. They fell in love, moved back and forth between the US and West Africa, then finally settled in Arizona to start a family. Obviously that’s a very condensed version of their amazing story. But I wanted to give some background for this Father’s Day Q&A, in which I get my dad’s thoughts on everything from the challenges of parenting to the definition of beauty. FAVIN: When you were younger, did you expect that you’d be a father one day? AMANUEL: Definitely. I didn’t have any doubt in my mind. F: How many kids did you want, and when did you think you’d have them? A: It’s only here in America that people try to plan when to have kids. Back home, you don’t plan it. You expect you’re going to have 7–12 children, but you also expect that half of them are going to die of natural causes—malaria, typhoid fever, any of the diseases that are prevalent in Africa. I never thought about how many kids I wanted until I came to this country. There are so many plans, it’s a lifestyle here. If you don’t have a plan, you’re lost. F: Is it harder to raise children in the US than it was in Africa? A: Absolutely. Remember the phrase, “It takes a village to raise a child?” That’s true. We didn’t have babysitters in Africa, you just left your child with your neighbor. We lived in an extended family system, where everyone is no farther than 100 yards from one another. For generations, we’ve had no nursing homes for adults, no daycare for children. I’ve been away for more than half my life, so I don’t know what it’s like now, but it was like that when I left. F: For you, what were some of the challenges of fatherhood? A: You feel that you have to protect and lead your children all the time. You want them to have the best of everything. I was a little bit pushy with my kids—I didn’t give them a big margin for error. You know what you went through. F: Yeah, you were tough when we were little! A: I taught my kids discipline. In my mind, if given the chance, I could be anybody in the whole world. And I believe my kids have that potential, too, and I wanted to tell them, “You can do it.” I inherited that from my mom. When I was second-best in a class of 40 students, and I told her, she didn’t say, “Oh, good!” She said, “Who was first?” I told her, and she said, “You could be the first one, too. He’s not any better than you are.” Every person can achieve what they want to achieve if they work hard and put their mind to it. 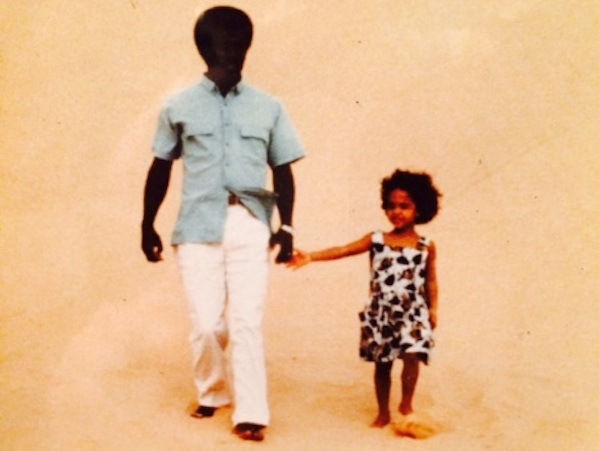 F: What was I like as a child? A: Can I tell the truth? You were naughty. No, I’m just kidding. You were a nice girl, very emotional, very forgiving. Sometimes you became unreasonable, and you wanted to be bossy. But I don’t really have anything to complain about. I feel privileged and happy to see you grow up. We didn’t always get along. We had our differences, but we solved them in a nice democratic way. F: You used to ground me for 30 years! A: That was a joke. F: It’s not a joke when you’re 9 years old! So, what were the most important lessons you tried to teach your children? A: Be honest. Believe in yourself. And trust others—don’t be suspicious. A suspicious mind is never satisfied. Don’t work for money, work for pleasure and happiness. F: Speaking of work, what do you think of my job now that I’m Groupon’s spokesperson for health and beauty? A: You have to have a deep knowledge to advise people—there are so many things in the health and beauty field. I want you to be updated when you give information. It must be accurate and supported by evidence. I don’t want to wake up and hear people say, “Oh, Favin the Maven said this and it didn’t work!” F: You’re still trying to protect me from far away, it seems. While we’re talking about my job, I want to ask how you define beauty. What, to you, makes something or someone beautiful? A: You have to be happy with what you’ve been given. You cannot buy beauty. You can “beautify” yourself by adding artificial stuff, but beauty is not just looks. Beauty is in the way you live, and the way you handle yourself. F: I like that answer. One last question: what gift do you really want for Father’s Day? A: I don’t need any gift. My gift is when you guys are happy. F: Okay, but if you had to choose one material thing? A: …An airplane. No, honestly, all the material things I need, I already have. F: What about a really beautiful portrait of our family? A: That’s a wonderful idea. I love that. For more gift ideas, visit Groupon's Father's Day store. Photos courtesy of Favin Gebremarium
BY:
Grouber