Up to 21% Off
10+ bought
Give as a Gift
Share This Deal
This merchant is open for business and taking steps to help protect your health by following all applicable laws and regulations concerning COVID-19 safety.

Promotional value expires 120 days after purchase. Amount paid never expires. Voucher can only be redeemed in person, at the box office on the day of the show that you wish to see, space permitting. It cannot be used with any other offer, for special engagements, any show with a higher than normal ticket price or rentals. Only valid for the specific items named in the Voucher. Limit 1 per person, may buy 1 additional as gift(s). May be repurchased every 180 days. Limit 1 per visit. Valid only for option purchased. Merchant is solely responsible to purchasers for the care and quality of the advertised goods and services.

This Lagoon Theatre has been operated by Landmark since 1995 and has five movie screens. It features the area's finest first-run independent films and foreign language cinema in a luxurious and locally flavored setting. The Lagoon Cinema borrows its name from the building that used to stand where the Uptown Theatre is today. The Lagoon Theatre, as it was known, burned down in the 1930s and was replaced by the Uptown soon afterward. The Lagoon also borrows its design from its aquatic surroundings, as it is located near a pair of local lakes. The sconce lights are in the shape of moons, the lobby lights are trees, the wainscoting are bushes and the wavy pattern and color of the carpeting resembles flowing water. Each auditorium has the steepest incline allowable, making one's view of the screen virtually unobstructed. Since the Lagoon's opening, upscale shopping and dining have become commonplace in the immediate Uptown neighborhood. 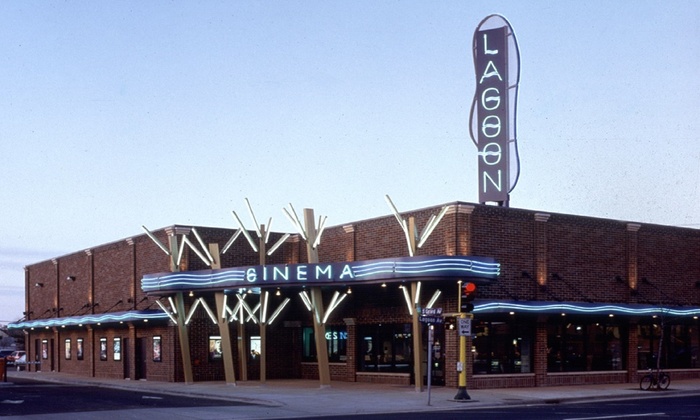