3.73 Ratings
3.7
Average of 3 ratings
67%
33%
100% Verified Reviews
All reviews are from people who have redeemed deals with this merchant.
N
neyshaTOP REVIEWER
10 ratings6 reviews
Free parking
Helpful
Earned when a user has written 5 or more reviews
Want to earn this badge? Share 3 or more photos
Earned when a user has gotten 2 or more helpful votes

Dancers use their bodies to express emotions, unlike opera singers, who use their voices, and Punchin’ Jack, who only uses his fists. Create your own art with this Groupon.

The studio takes care of virtually all the planning. Parties iInclude one hour of dance and games, a dance instructor and assistant, pizza and drinks for 30 minutes, decorations, and set-up and clean-up. All parents have to do is decide on the theme, with a choice of princess, Hawaiian, disco ball fever, and hip-hop<p>

Choose from the following time frames:

Expiration varies. Amount paid never expires. Limit 2 per person, may buy 1 additional as gift. Limit 1 per visit. Valid only for option and dates purchased. Reservation required. Valid for birthday child and 12 Friends; extra $10 fee for additional child. 10-day cancellation or reschedule notice required. Merchant is solely responsible to purchasers for the care and quality of the advertised goods and services.

If the walls at Studio L Dance Co. could talk, they'd most likely talk about how jealous they are of the staff's dancing adventures. The toe-tapping pros have experience performing at the Super Bowl Half-Time Show, have toured with Shakira, and have danced on Broadway.

Now, assembled under one roof, the instructors draw from the lessons they've learned to lead a new generation of dancers in dance classes and summer camps. Youngsters with dreams of gracefully flitting over the boards learn the ropes in ballet, tap, or jazz sessions, while others who feel the yard hasn't yet been sufficiently stomped can sign up for hip hop classes. Courses for boys only let little fellas dance with likeminded compadres while learning physical self-awareness, flexibility, and creative thinking—attributes each of the dance classes strive to impart. Kids who want to seriously pursue a career in dancing or become the ballerina inside a music box can get a taste for it in the competitive dance team.

In and Around Hoboken 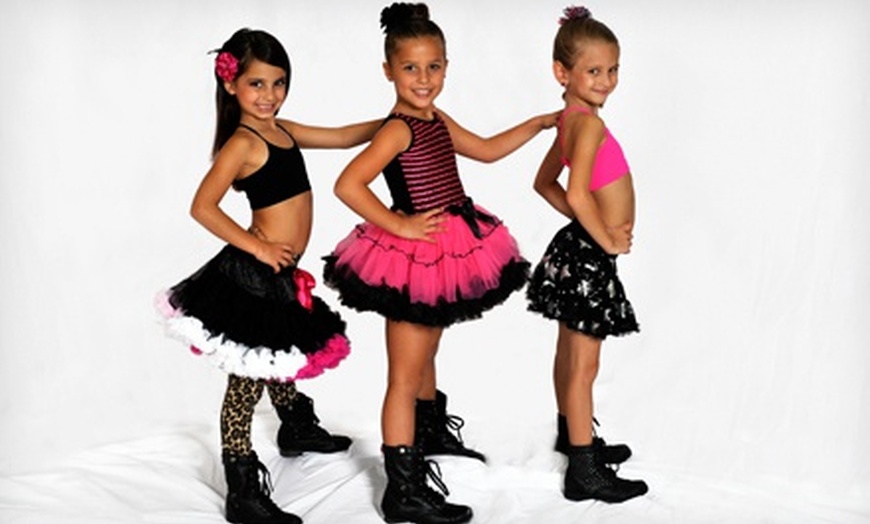