Okinawan Karate or Fitness Classes at Okinawa Karate Academy (Up to 62% Off). Five Options Available.

Gi: The Duds of Discipline

People often joke that the robes worn by martial-arts practitioners resemble pajamas, but that may not be such a far cry. Read on to learn more about this ancient garb.

Though its proper name might not spring to mind, the customary outfit of a dojo sensei, commonly known as a gi, is eminently recognizable: a jacket called an uwagi tied by a belt (or obi) over a pair of short pants (shitakabi), the whole ensemble draped loosely to allow for swift and acrobatic movements. The particular materials used to make the gi follow the needs of specific martial-arts styles. A karate master who relies on quick strikes and powerful blows, for example, will likely don a lighter gi, whereas a judo fighter might enlist heavier, more durable fabric to endure the endless grapples and throws. In Japan, the catchall term for the customary robe isn’t gi but rather keikogi—keiko translates to “practice.” The name might also take on a prefix according to its intended discipline: judogi, karategi, aikidogi, and so forth.

Despite being a symbol of martial-arts culture for centuries, the gi’s origin remains unclear. Some speculate that the airy uniform was simply designed to accommodate the lifestyle of the Okinawan farmers and fishermen who invented it. Others contend that, in light of a 13th-century imperial ban on the possession of weapons, warriors trained at night to avoid detection. In a pinch, the robes could pass for sleepwear, concealing their transgression.

Promotional value expires 120 days after purchase. Amount paid never expires. Limit 1 per person, may buy 1 additional as gift. Limit 1 per visit. Valid only for option purchased. All goods or services must be used by the same person. Merchant is solely responsible to purchasers for the care and quality of the advertised goods and services. 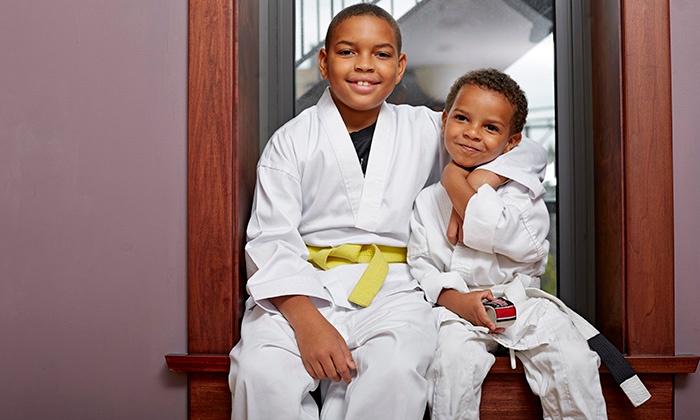 Okinawan Karate or Fitness Classes at Okinawa Karate Academy (Up to 62% Off). Five Options Available.