Oktoberfest Events at Old World Oktoberfest (Up to 58% Off). Seven Options Available.

Promotional value expires Oct 29, 2018. Amount paid never expires. Voucher does not get to the front of the line. Younger than 21 must be accompanied by guardian. Not valid on October 6, 13, 20, or 27. Limit 2 per person, may buy 2 additional as gift(s). Valid only for option purchased. Not valid with other offers or promotions. Merchant is solely responsible to purchasers for the care and quality of the advertised goods and services.

Old World Huntington Beach gives Southern Californians a chance to visit Europe without leaving the sun-soaked landscape of Orange County. Traditional restaurants and grocery stores line the quaint cobblestone streets, and people decked out in German dress meander through their wooden doors. As the sun rises over rows of dangling shop shingles, the air becomes electrified with the oom-pah-pah of puffing tubas—musicians being flown in directly from Germany—and the sounds of sizzling bratwurst, the cheer of traditional German toasts, and the laughter of dachshund races. This mecca of bakeries, bars, delis, and eateries that have been celebrating German heritage for more than 30 years and have made Old World synonymous with cultural celebrations like Oktoberfest. Sauerbraten, wiener schnitzel, potato pancakes, and spaetzle fill the air with savory aromas in Old World German Restaurant as visitors to the bar raise their glasses to sip on such imported suds as Dunkel, Hofbräu, and Warsteiner.

Meanwhile, the European market lines its colorful shelves with not only German staples but also goodies from Hungary, Czech Republic, and other countries. Though the village is the perfect escape for individuals in need of European merriment, mass festivities are its specialty: weddings, family reunions, and other celebrations benefit from its banquet services, and festivals such as Oktoberfest open German traditions to the public better than a congressional lederhosen mandate. 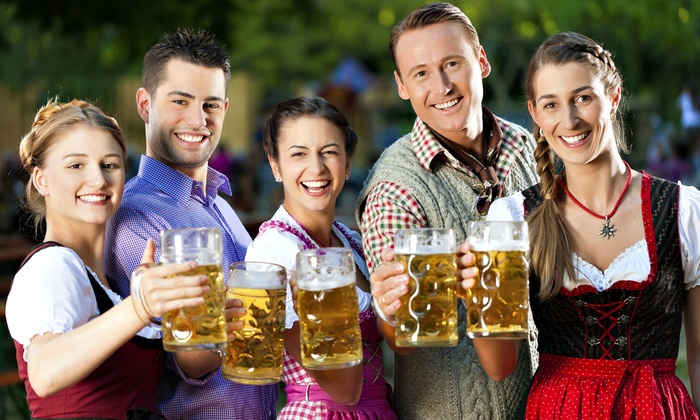