$39 for $1500 Invisalign Treatment at Premier Dental of Granville

Dental professional prepares a set of custom-made aligners for his patient, aiming to create a confident and beautiful smile

5.03 Ratings
5.0
Average of 3 ratings
100%
100% Verified Reviews
All reviews are from people who have redeemed deals with this merchant.
M
Michael
1 ratings1 reviews
The dental hygienist was very patient & gental through the mold process. Premiere dental is the best.
Helpful
E
Emily
2 ratings1 reviews
All around great experience.
Helpful
Earned when a user has written 5 or more reviews
Want to earn this badge? Share 3 or more photos
Earned when a user has gotten 2 or more helpful votes

Just because you need braces, it doesn’t mean everyone else has to know. Bite into Groupon’s guide to invisible braces to learn how they work.

Teeth have a subtle, slow-moving will of their own, shifting in unexpected directions throughout our lives. Invisible braces offer a solution for keeping them in line that’s nearly as imperceptible. A series of clear, BPA-free plastic aligners are designed to be worn 20–22 hours per day, removed only when eating, brushing your teeth, or drinking hot beverages such as tea, coffee, or boiled ink. (Heat can cause the plastic to soften and lose its shape.) They straighten teeth in an average of 12 months, after which most patients will wear only a nighttime retainer. Invisible braces can correct a wide variety of issues, including gaps, overbites, and crowding. Although aligners alone are sufficient in most cases, some treatment plans may also involve attaching raised “buttons” to the teeth in order to give them more traction—an alteration that makes them slightly more noticeable, at least close up.

Invisible braces wouldn’t be possible without the 3D printing technology used to develop the aligners that come ever closer to a patient’s ideal smile. Indeed, it was a pair of Silicon Valley entrepreneurs who invented the system after they met in Stanford University’s MBA program in the mid-‘90s. But the search for invisible orthodontia has roots that reach back at least two decades prior to their collaboration. The mid-‘70s saw the development of lingual braces, which resemble the bonded bracket systems sported by many children except that they are placed on the interior surface of teeth. Another breakthrough came in the late ’80s, this time from outer space: to sheath the antennae of heat-seeking missile trackers, NASA developed a tough-but-clear substance called translucent polycrystalline alumina, or TPA. Dental company Unitek capitalized on this discovery to replace metal braces brackets with this TPA, leaving teeth marked, like an undercover agent, only by a single wire.

Promotional value expires 120 days after purchase. Amount paid never expires. Appointment required. Must sign waiver. Consultation required; non-candidates and other refund requests will be honored before service provided. Not valid with insurance. Limit 1 per person, may buy 1 additional as gift(s). May be repurchased every 180 days. Limit 1 per visit. Merchant is solely responsible to purchasers for the care and quality of the advertised goods and services.

About Premier Dental of Ohio

In and Around Ashville 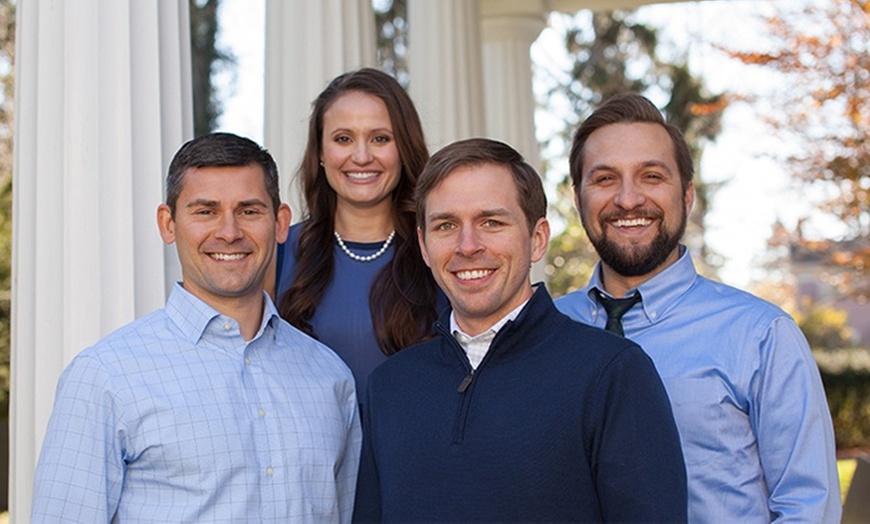 $39 for $1500 Invisalign Treatment at Premier Dental of Granville