5.02 Ratings
5.0
Average of 2 ratings
100%
100% Verified Reviews
All reviews are from people who have redeemed deals with this merchant.
M
Melanie
3 ratings1 reviews
Clean office and good service
Helpful
Earned when a user has written 5 or more reviews
Want to earn this badge? Share 3 or more photos
Earned when a user has gotten 2 or more helpful votes

This deal includes a set of x-rays, which helps the dentist root out cavities and other issues. Check out Groupon’s overview to learn how these invisible rays apply to smiles.

Take a walk down the spectrum of electromagnetic radiation—past the radio waves on your FM dial, past the microwaves in your kitchen, past the visible light waves all around you—and eventually you’ll come to x-ray waves. Although they’re best known for helping superheroes tell which cereal boxes have the best toys, when directed at a special film or digital sensor these rays give dentists insight into the hidden features and spaces in their patients’ mouths.

As the x-ray waves travel, they must first pass through objects—in this case, a series of soft tissues, such as gums, and dense bone, namely teeth. The rays pass easily through softer tissue, but the denser material absorbs the rays before they reach the film, causing them to appear as bright, conspicuous walls of white on the final exposure. In most cases, dentists use bite-wing x-rays to capture a detailed view of teeth from gums to crown; placed directly in the mouth, the film or sensor provides a close-up view of every crevice and cavity. The resulting image—called a radiograph—is one of dentists’ most valuable diagnostic tools, allowing them to pinpoint areas of decay between teeth or under existing fillings, reveal potential issues in the root canal, or uncover any discrete abnormalities such as cysts. Dental x-rays emit very low levels of radiation—digital machines even less—but dentists nevertheless limit most patients to one session every one to three years.

Promotional value expires 120 days after purchase. Amount paid never expires. Must sign waiver. Consultation required; non-candidates and other refund requests will be honored before service provided. Not valid with insurance. Appointment required. Subject to availability. Merchant's standard cancellation policy applies (any fees not to exceed voucher price). Limit 1 per person, may buy 1 additional as gift. Valid only for option purchased. Merchant is solely responsible to purchasers for the care and quality of the advertised goods and services.

In and Around Diamond Bar 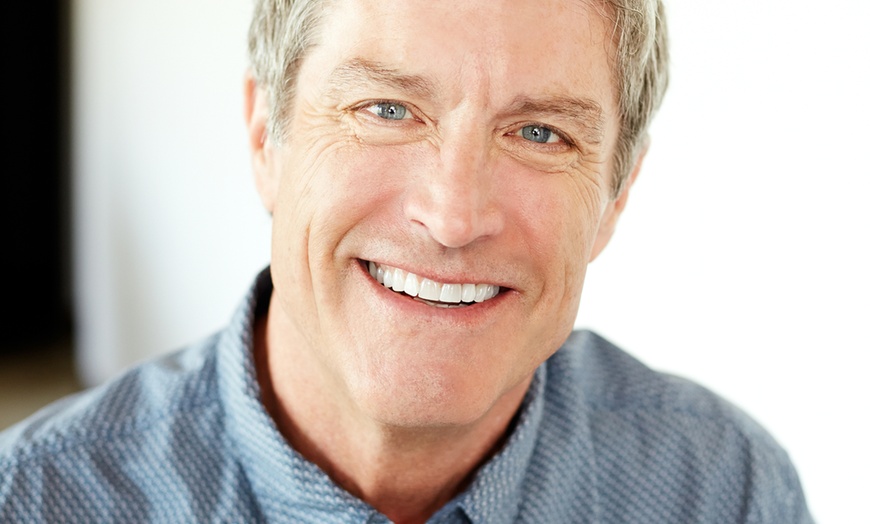