PC/Console Gaming or Virtual Reality Experience at Desh Gaming Lounge (Up to 41% Off). Five Options Available.

4.927 Ratings
4.9
Average of 27 ratings
89%
11%
100% Verified Reviews
All reviews are from people who have redeemed deals with this merchant.
D
DANIEL
7 ratings2 reviews
Great place to play VR for my kids! The prices are great and Joel is friendly and professional when helping everyone! I will be coming back always.
Helpful
A
Ambertop reviewer helpful reviewer
9 ratings6 reviews2 photos
Super friendly staff. Very patient and kind to everyone!! My kids LOVE this place!!!
Helpful
A
Amber
1 ratings1 reviews
Staff, one guy, super nice. Let my brother experience VR. Clean but under construction. I personally like classic games not computer games, and the ad was generic. Top level VR experience and computer gaming.
Helpful
M
Mark
4 ratings4 reviews3 photos
Service top notch and it was fin watching my kids play 3d games
Helpful
K
Kevin
1 ratings1 reviews
Was a really fun experience for 2 first time VR users
Helpful
B
Brooke
2 ratings2 reviews
Amazing place. My son’s new favorite place.
Helpful
B
Brooke
2 ratings2 reviews
Super fun and an amazing deal!
Helpful
M
Montreal
2 ratings2 reviews
Cheap price and great
Helpful
See all reviews
Earned when a user has written 5 or more reviews
Want to earn this badge? Share 3 or more photos
Earned when a user has gotten 2 or more helpful votes

What Kind of Game Do You Want to Play?

If you’re new to gaming, check out our breakdown of video-game types for help selecting a portal into a virtual world of fantasy.

Role-Playing Game: Originally born from old pen-and-paper role-playing games (RPGs) such as Dungeons and Dragons, these games require players to complete a series of quests as they progress toward a linear story’s conclusion. Plot and character interaction are important here, and you’ll often take a large role in defining your character’s traits and skills.

Great if you were a kid who: acted in the school play; customized your Barbies with haircuts and crayoned-on makeup

First-Person Shooter: These games put powerful weapons in your hands, and instead of controlling a puppet-like character on screen, you’ll see the world from your character’s eyes. There are options for story- and mission-based play, and shooter games often sync with an online platform that lets you face off against players from around the world.

Great if you were a kid who: turned every inanimate object into a gun; took fencing lessons

Open World: Instead of following a strictly linear story, open-world games nestle a core story inside a large world full of dozens—if not hundreds—of side quests and adventures. While the main story may take no more time to complete than a standard game, the additional quests allow for hours of extra gameplay.

Great if you were a kid who: buried treasure in the back yard and drew elaborate maps

Massively Multiplayer Online Game: MMOGs are most often played on PCs and require an internet connection. Games are constantly populated with characters created by thousands of players. They might team up—in groups of 2 or 200—to accomplish quests, or they might fight against each other.

Great if you were a kid who: played sports; campaigned for class president

Episodic: Instead of presenting one massive story at the outset, episodic games deliver short scenes on a semi-regular basis, which build on each other to create a richly developed narrative. These games are downloaded straight to players’ consoles or computers, and often focus more on story than on combat.

Great if you were a kid who: devoured chapter-book series whole; preferred continuity in your Saturday-morning cartoons

Examples: Tales from the Borderlands, The Walking Dead, Life is Strange

Promotional value expires 120 days after purchase. Amount paid never expires. Limit 3 per person. Merchant is solely responsible to purchasers for the care and quality of the advertised goods and services. 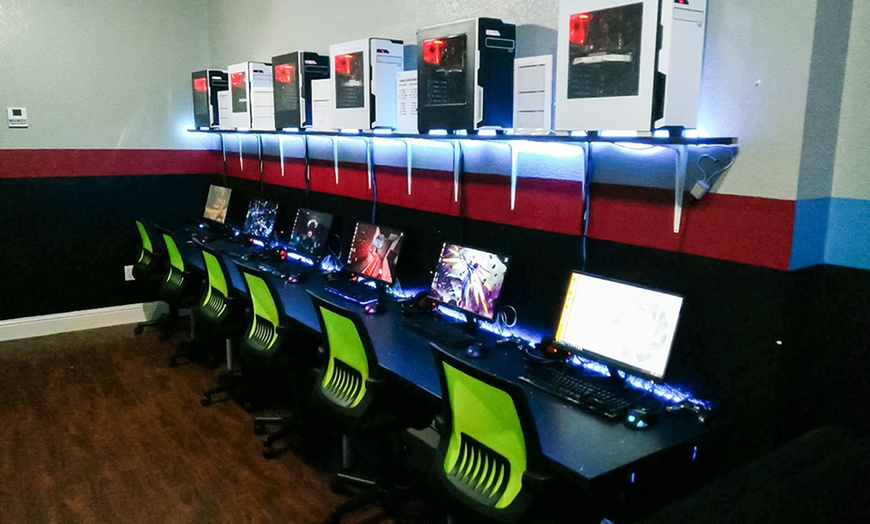 PC/Console Gaming or Virtual Reality Experience at Desh Gaming Lounge (Up to 41% Off). Five Options Available.