Enjoy FREE Shipping on purchases of $34.99 or more and FREE Returns.

Free Standard Shipping on purchases of $34.99 or more applies in the U.S. only. Free Returns in the U.S. and Canada. Large, oversized items and products delivered by special or white glove carriers are not eligible for free shipping or free returns. Free returns are not applicable to final sale/non-returnable items. As always, check the deal's Fine Print for restrictions. Learn More 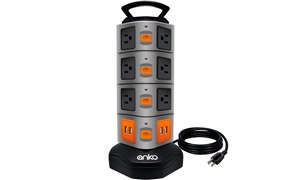 JoAnn
Verified Purchaser
September 8, 2019
We love this power tower - it’s allowed us to better organize our electronic equipment and plugs in a way that is easily accessible. 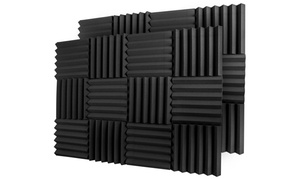 martie
Verified Purchaser
January 10, 2019
Looks like regular memory foam except jagged. Having a hard time getting it to stick to the walls. Used picture or sticky puddy, double sided tape and other products. 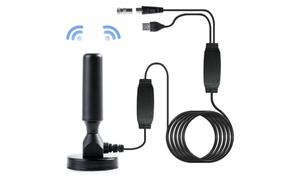 Willie
Verified Purchaser
January 6, 2020
Range definitely is not 300 miles, but I was able to get 27 channels as opposed to only about 9 with other than I have purchased. Probably could get more if my location was different. Would certainly recommend. 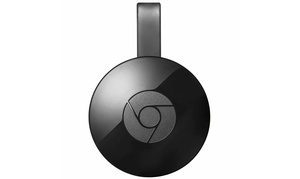 Audrey
Verified Purchaser
December 27, 2019
It does exactly what I need it to do!!! Can't wait to learn more about this product. I'm glad I can watch videos/movies from my phone to the TVs plus photos 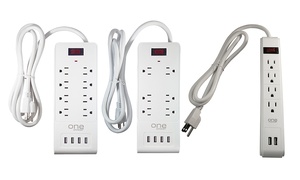 David
Verified Purchaser
January 14, 2020
I’m really glad that I bought these 8 Outlet surge protector with USB plugs. I bought 2, one for the den the other for my office. In my office I had wires and plugs everywhere. Same in the Den. They work great, are well made, and eliminated wire clutter. I do not foresee having any problems.

Your home entertainment system may provide the flash that wows your friends who have come over to watch the big game or a favorite flick, but it’s the unseen heroes, the hard-working cables and devices toiling in the background, that make it all possible. These home theater accessories get their due with Groupon’s deals, which include HDMI cables and TV antennas that can enhance your home cinema.

When you’re designing a home entertainment system, you’ll need to account for the cables that connect everything. If your TV and the peripherals are modern, you’ll need a bunch of HDMI cables to hook up Blu-ray players and video-game consoles. If you’re short on ports, an HDMI switch lets you plug multiple devices into one HDMI input, using the switch to determine which device shows up on screen. And if you’d like to show a big game on multiple screens, use an HDMI splitter, which lets you connect multiple TVs to a device and choose which ones get the picture.

What Do You Want to Watch?

As anyone who’s managed to cut the cord knows, you don’t need cable to enjoy live TV and on-demand video. For the latter, a smart TV or streaming media player can bring in all sorts of programming. But for live local news and sports with no monthly fees, there’s no substitute for a TV antenna. If you have an older (non-HD analog) TV, pick up a digital converter box to translate the signals into something that the TV can handle.
Grouber
Back to top