Transportation to the island by boat is necessary but not included in this deal. Boats can be booked through Catalina Express or Catalina Flyer.

Promotional value expires Sep 28, 2015. Limit 8 per person. Valid only for option purchased. Redeem starting 9/24 for a ticket at venue box office. Refundable only on day of purchase. Discount reflects merchant's current ticket prices-price may differ on day of the event. For ADA seating, call box office promptly upon receipt of voucher - availability is limited. Ticket value includes all fees. Merchant is solely responsible to purchasers for the care and quality of the advertised goods and services.

Azure waters lap the shores of Catalina Island, a picturesque setting a mere 22 miles from Los Angeles, but one that feels worlds away. Here, as the lights dim and the curtains retract from the silver screen, cinephiles and the stars of Hollywood convene to revel in the magic of the movies. Patricia Arquette, Kate Bosworth, Andy Garcia, Sharon Stone, Jon Favreau, Stan Lee, and Emmy Rossum are just a few of the marquee names that have graced the festival in years past.

In it's 9th year, the Catalina Film Festival invokes this transcendent cinematic experience with dozens and dozens of screenings, ranging from animation and documentaries to student films and features. These stories light up screens throughout the island, including that of the historic Avalon Theatre, a 1,200-seat art-deco structure remarkable for being the world’s first sound theater and Orson Welles’ favorite place to take a nap. Nightly parties, galas, and expert panels all culminate in the final evening's award ceremony. 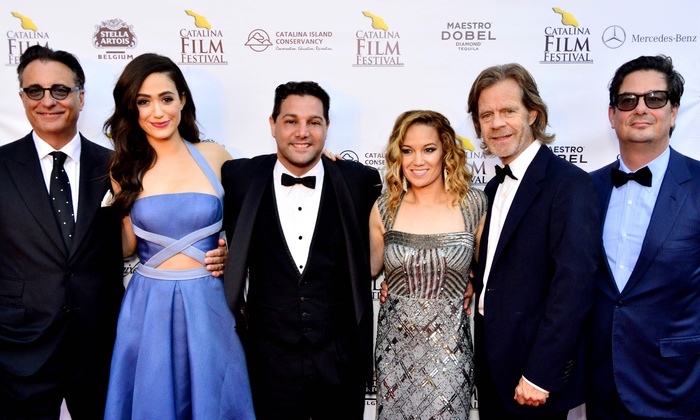