Up to 30% Off
Share This Deal
Groupon Getaways FAQ

This all-inclusive resort overlooks a sandy stretch of shoreline along the Caribbean Sea. No matter where you go on the property, you’ll likely be treated to sweeping ocean views. If you grow tired of beachfront lounging, sign up for a snorkeling excursion or a ride on a catamaran, jet ski, or pontoon boat.

Panama, the southernmost country in Central America, has at times been overshadowed by its tourist-saturated neighbor to the north, Costa Rica. But in recent years, that trend has started to change. Adventurers are setting their sights on Panama’s beaches, which are often less crowded and commercialized than those in other warm-weather destinations. Much of Panama’s shoreline looks as it has for hundreds of years. Farther inland, there are tropical rainforests such as Chargres National Park, etched with rivers and lush highlands. In fact, nearly one-third of the country has been designated as protected land or turned into national parks.

Though the Panama Canal may be one of the country’s most famous landmarks, it’s far from the only attraction worth a visit. The capital, Panama City, has enjoyed renewal in recent years; expect skyscrapers, modern condominiums, and an energy and nightlife that rival any big city. The Frank Gehry–designed Biodiversity Museum salutes local wildlife, considered some of the most diverse of any country in Central America. In the capital’s historic Casco Viejo district, a UNESCO World Heritage Site, San Jose Church has drawn crowds since it was built in the 16th century; the church is home to an altar gilded entirely in gold leaf.

You’ll find a much slower pace in Bocas del Toro, a small island chain near the Costa Rican border that’s nicknamed the “Venice of Central America” because locals use water taxis as a primary means of transportation. The islands are also an adventurer’s paradise. The area is sought out for both its jungle ziplining and scuba diving along scenic bays, which are home to some of the world’s best-preserved hard and soft coral. The National Marine Park on Isla Bastimentos features thick rainforest and remote beaches; while visiting, keep an eye out for capuchin monkeys, sloths, and frogs.

2. Is there an additional occupancy fee, or do I have to purchase another Groupon? The standard occupancy of the Groupon valid rooms is 2 adults; however up to 2 additional guest can be added. The cost for these additional guest is $89 per night for guests 13 years old or older; $59 for kids aged 3-12 years old; kids 2 and younger stay free. 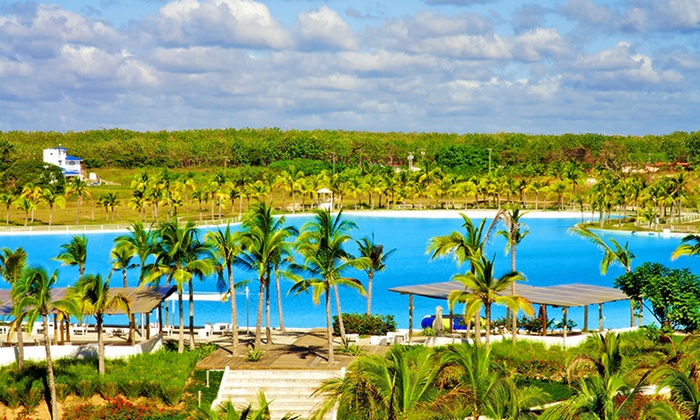