4.410 Ratings
4.4
Average of 10 ratings
60%
20%
20%
100% Verified Reviews
All reviews are from people who have redeemed deals with this merchant.
L
Liesel
1 ratings1 reviews
I wanted to love them, but it took way longer than promised, in large part because the employee was socializing with a friend who was hanging out, taking other customers rather than asking them to wait while she completed the job, and kind of shouting in the walkie talkie at the other employees who were at the other location in the mall, making comments about them not doing their job etc. I also felt a bit uneasy with the security of the space- my phone was often left unattended and opened up, as the employee went to the counter. It seemed like there were other employees available in the mall (a sort of manager type appeared at one point to get our coupon going) but none were at this location, though it was more centrally located and had more customers. So far the phone is fine..the whole experience just left me uneasy, and because I used groupon, they told me they wouldn't give me a receipt because I "got the repair for free". I'm unclear what recourse I have should something go wrong due to the repair.
Helpful
R
Richard
1 ratings1 reviews
Very helpful and timely.
Helpful
J
JoseTOP REVIEWER
6 ratings6 reviews
Good service wished for more commun
Helpful
Earned when a user has written 5 or more reviews
Want to earn this badge? Share 3 or more photos
Earned when a user has gotten 2 or more helpful votes

Promotional value expires 120 days after purchase. Amount paid never expires. Limit 1 per person, may buy 1 additional as gift(s). Valid only for option purchased. Merchant is solely responsible to purchasers for the care and quality of the advertised goods and services.

About Shatter and Case 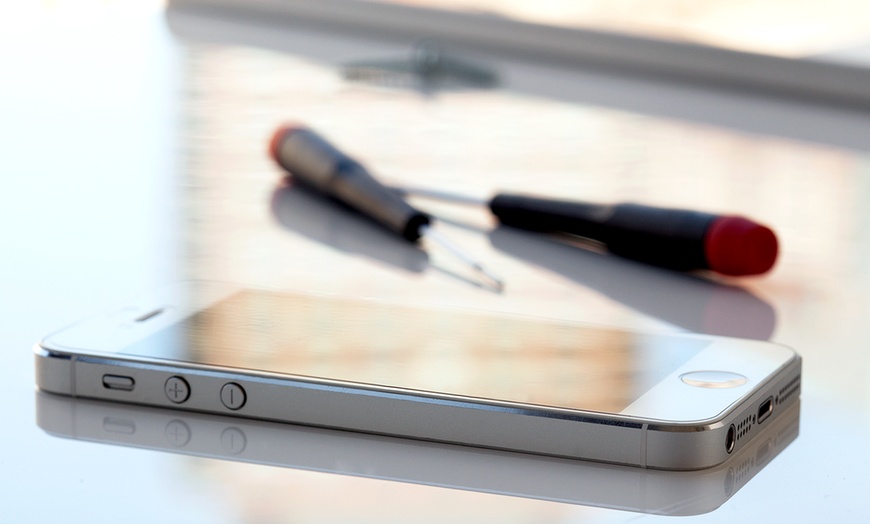