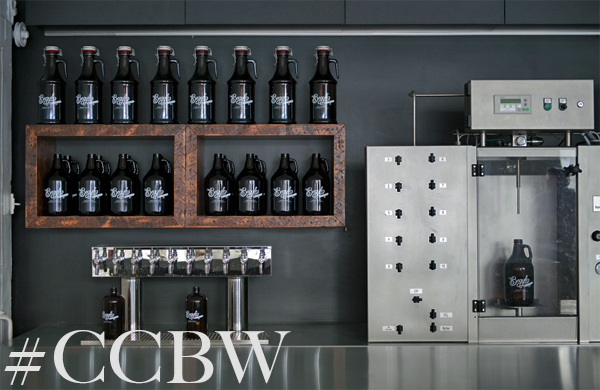 Chicago Craft Beer Week can be confusing. For starters, it’s not even a week. And with countless events between May 15 and May 25, it’s tough to choose which to attend. Whether you’re in the city or the suburbs, whether you live off food or knowledge, one of these itineraries will ensure you get the most fun out of this 10-day week.

Chicago Doet Belgie | Thursday, May 15, at 5 p.m. | SmallBar Begin craft beer week by checking out local breweries’ takes on classic Belgian beers. For more tips on confusing Belgian monks, check out our post on Brewery Vivant’s Triomphe. Flights & Bites | Thursday, May 15, at 7 p.m. | Berghoff Restaurant The Berghoff gives guests two opportunities—Thursday, May 15, and Tuesday, May 20—to sample Berghoff beer and appetizer sets. Brews include Solstice Wit and Sir Dunkle Dark. Half Acre Beer Brunch | Sunday, May 25, at 10 a.m. | SmallBar With its upcoming expansion, Half Acre Beer Company will have its own kitchen in the not-too-distant future. Until then, settle in at SmallBar to conclude Chicago Craft Beer Week with this brunch, which includes four Half Acre beers paired with four small plates.

Creative Minds On Tap | Monday, May 19, at 7 p.m. | Jerry’s If the only thing you’re more excited about than beer is branding, this is the event for you. This panel discussion, moderated by Kim Leshinski of Hail to the Ale and Chicago Beer Gals Collective fame, covers design and marketing within craft-beer culture. The panel includes Phineas X. Jones, the designer and illustrator at Half Acre, and craft-brewing guru Randy Mosher, who previously spoke with us about the artwork he produces for Metropolitan Brewing. The Brew Line: A Craft Beer Double-Decker Bus Tour | Sunday, May 18, at 11 a.m. | Northside Bar & Grill Ride along on a double-decker bus to a handful of the city’s finer craft-beer establishments. Beer and tavern historian Liz Garibay will be on board to provide commentary, as will representatives from Jolly Pumpkin Artisan Ales and a handful of other breweries. Pints & The Past: A Craft Beer Trolley Tour | Tuesday, May 20, and Wednesday, May 21, at 6 p.m. | Jimmy Green’s and Fountainhead This tour of some of Chicago’s best craft-beer bars runs two nights. On Tuesday, May 20, the event features craft breweries from around the country, including Flossmoor Station Brewing Company and our favorite brewer of ruminant-mammal-named stouts, Tallgrass Brewing Company. On Wednesday, May 21, hop on the trolley with regional craft brewers such as Ale Syndicate and Summit Brewing Company, creators of the first between-seasons beer.

Ale to the Burbs' Craft Beer Fox Trot | Saturday, May 17, at noon | The House Pub The Chicago Brew Bus transports riders to four different locations for craft beers and appetizers. Among the scheduled activities is a tour of the recently opened Penrose Brewing Company. Although its brewers have been busy preparing to open these new digs, that hasn’t stopped them from crafting Belgian-inspired ales and getting creative with fermentation—both of which are evident in Hereafter, the brewery’s collaboration with Perennial Artisan Ales. Temperance Beer Dinner! | Monday, May 19, at 7 p.m. | Amelia’s Good Food & Drink The Forest Park eatery has assembled a five-course dinner of its farm-to-table fare to pair with brews from Evanston’s Temperance Beer Company, including a porter to pair with handmade chocolate-ganache-filled chocolates. 21 Beer Salute | Wednesday, May 21, at 6 p.m. | Nevin’s Brewing Company Bacon, donuts, and coffee aren’t just breakfast staples. They are three of the unusual ingredients used in the original brews at Nevin’s Brewing Company’s 21 Beer Salute. Five beers will be tapped when the event begins at 6 p.m. Four beers will be tapped every 30 minutes after that until all 21 have been tapped.